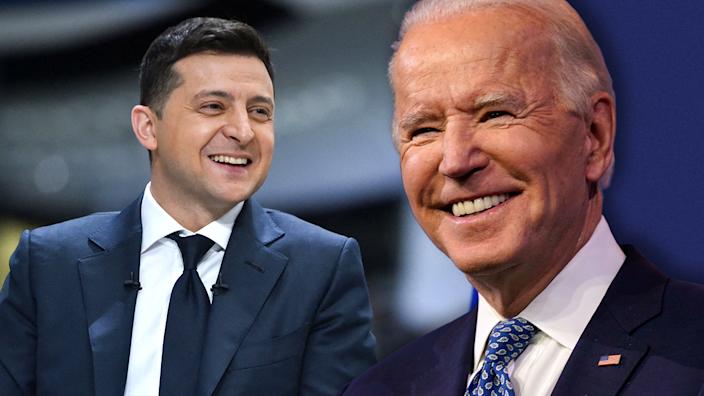 Zelensky's Visit to Washington Can Be Postponed to August

Zelensky’s Visit to Washington Can Be Postponed to August

President Volodymyr Zelensky’s visit to the United States may take place “in the last days of July,” but it is possible that the trip may be postponed to early August. The spokesman of Zelensky Sergey Nikiforov reported about it in the comment “Public”.

“The meeting is scheduled for the last days of July, the first days of August. About in that range, ”he said.

Nikiforov confirmed to the media that the date of the meeting of the Ukrainian president with the American leader Joe Biden “shifted a little” to a later date, but urged “not to make it a tragedy.” The spokesman also denied that the postponement of the meeting was allegedly connected with the situation around the change of management of Naftogaz Ukrainy.

“This information is untrue. This (meeting – ed.) Depends on logistical and protocol things. The meeting is being actively prepared, dates are being agreed, no one is giving ultimatums to anyone, ”Nikiforov said.

Zelensky said on June 7 that during a telephone conversation with the American leader he received an invitation to visit the White House in late July this year. In this regard, the Minister for Foreign Affairs of Ukraine Dmytro Kuleba stated that the issue of US involvement in the settlement in Donbas will be key during Zelensky’s visit to the White House.

The US administration said on July 15 that plans to organize a visit by Ukrainian President Zelensky to the US capital this summer remain in place, but did not specify whether the visit would take place by the end of July.

Read Also: Zelensky Will Deliver a Speech at a Conference in Batumi on July 19